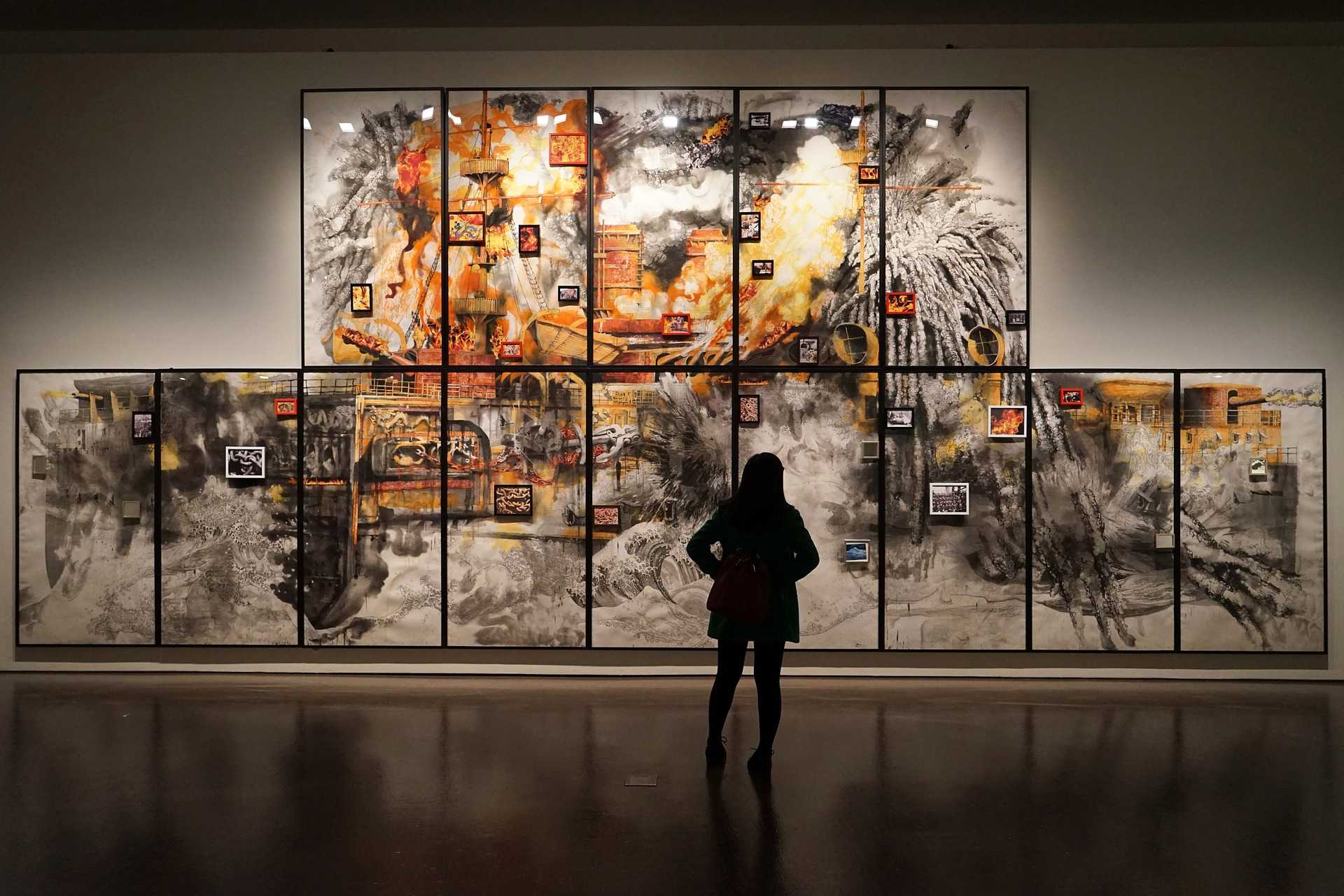 It is undeniable that every creation of Goe Pie has a meaning and tells a particular historical and or a personal story. I still remember the feeling that I had when I first entered the exhibition hall a week ago. In her legendary and splendid creation, she had evoked an exotic imperial emotion in me from her dramatic themed gowns accompanied by traditional Chinese music that played at the hall. This left me feeling like I was invited to live some histrionic mythological fantasy while contemplating her Ancient Chinese dresses[1]. As a result, this article explores the similarities and differences between Guo Pie’s clothing to costume and clothing from a particular era.

Guo was born in an era of Cultural Revolution in which people were forced to abandon any trace of individuality and finery. However, she had a taste for fashion and color[2]. I recall a particular majestic royal gold dress that according to the specialist in the exhibition was inspired by a uniform worn by Napoleon Bonaparte. This appealed to me and made me think of another royal dress from the Rocco period worn by Marie Antoinette – the last queen of France before the French revolution. She was one of the great fashion icons of her time. Both of the dresses reflect exquisite craftsmanship as well as noble qualities. However, Goe Pie’s gold dress is more intricate. The dresses also communicate different social messages and cultivate contradicting attitude toward the viewers.

Both Marie Antoinette and Goe Pie share a unique taste in design and fashion. However, during the Rocco period fashion was perceived differently by different classes. The Rocco period was characterized by Romance and elegance, which was centered on the luxurious life of the aristocrats. With wealth and power concentrated in the hands of the aristocrats and bourgeoisie, the fashion industry flourished. At the same time condition worsened for the ordinary French people. Marie was perceived as an influential character in Rocco fashion[3]. She was legendary due to her exceptional taste, specifically her affection for grand and new fashions and headpieces as well as jewelry. Her portrait that reflects her extravagance caused her to be a convenient target for French people’s rage and created negative attitude towards her and aristocrats in general. Rocco fashion found its way to French revolution and revolutionaries differentiated themselves from public and aristocrats and wore patriotic colors, such as red and blue. Comparing that to Goe Pie’s imperial collection, fashion in the current era does not only shape the social roles but also can be used to communicate historical information and personal experiences. When I contemplate the gold-embroidered dress of Goe Pie, I did not only admire her intricate craftsmanship but also it said something about the Chinese heritage and evoked oriental sense. It communicated to me about woman empowerment in society.

In summary, it is clear how fashion differs in the two eras. Currently, fashion does not only reflect social roles or the status of an individual but also can be used as an expression. Marie Antoinette’s clothes, which reflect her extravagant spending and luxurious life, aroused outrage among ordinary French people. On the other hand, the embroidered imperial gold dress of Goe Pie provides an insight into the Chinese rich history and culture and call individuals to appreciate the designer’s masterful work.